Attended the most hardcore concert ever, just after the day of my hardcore tooth surgery! I still made sure to be there after I was instructed by my dentist to have atleast 48 hrs of rest (reason being is to prevent bleeding and infection). How hardcore is that? I mean, I can’t just let my platinum ticket be put to waste, can I? -_- Aaaand, this happens probably once in your life soooo, kebs sa bagong surgery na gums! \m/

*Bare with me on a little downgrade on the pics. 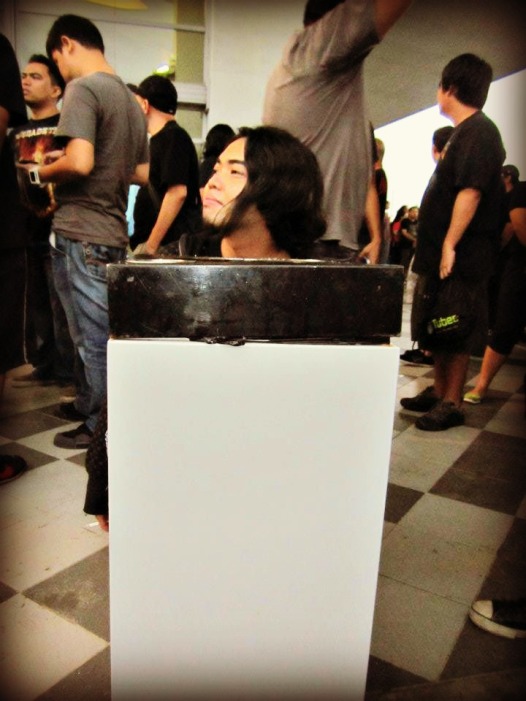 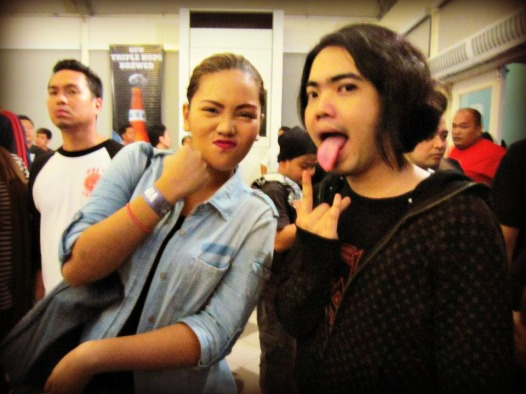 My bodyguards for the night! 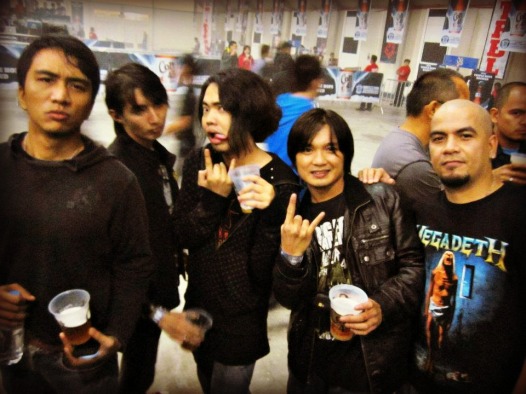 It’s either there is a grand funeral, or they tweeted each other to come in wearing the same shade. 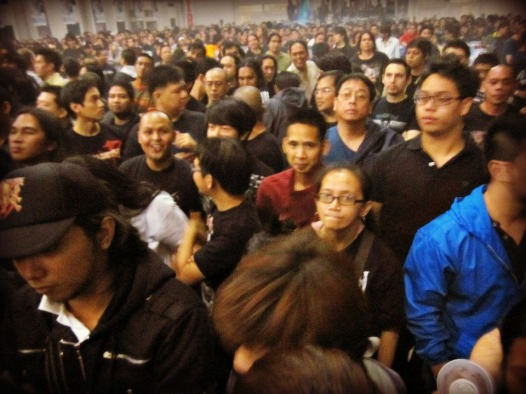 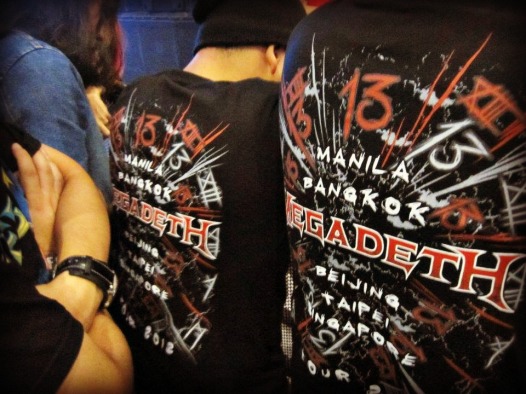 If not for the standing arrangement in the concert, I could have said that we had the best seat in the house! 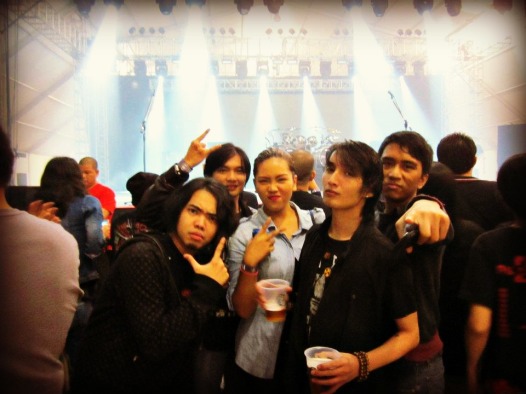 Awesome show! Thank you Dave Mustaine! Although it could have been better if I caught a pick.. or your wristband -_- 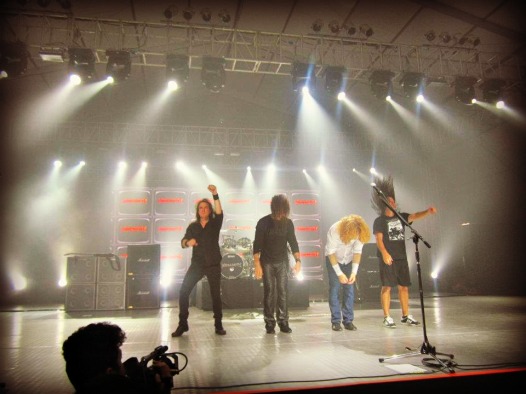 You can tell that it’s going to be one rocking show by merely looking at the concert poster. And to give justice to this statement, I am inserting a video below to help you visualize how I have been crushed to pieces by a sea of black people. You don’t have to finish the whole thing. 1:13 of the video will tell you enough.

P.S.: DO NOT press the play button if you are expecting a clear, professionally created video a.k.a. Please understand that the situation is something out of control. He he he.

It was awesome! Felt like a total rockstar for a night. Hahahaha. Or at least, a rockstar’s girlfriend. No wait! I AM a rockstar’s girlfriend. :)) I’m so glad they granted my wish on hearing the songs I hope they’d play! Also, I would like to share this video of Louie doing his guitar solo from a show with his previous Megadeth tribute band back in L.A., Rust In Peace! Check it!!

@ THE House of Blues, Hollywood CA

Did I mention it was my first time to officially attend a concert? No? Well, there.